Benefits of CBD for Hip Bursitis

CBD or cannabidiol has been proven to help give relief from different diseases. It could be psychological and social disorders like anxiety, depression, and others, or even chronic pains like Hip bursitis, rheumatoid arthritis, and more. In this article, we will be dealing with how effective the CBD is, especially for hip bursitis.
What is hip bursitis?
Our body has lots of small fluid-filled sacs called bursa that can be found near our joints in our shoulders, elbows, knees, and hips. This bursa gives cushion to our bones, muscles, and tendons. However, if this bursa gets inflamed, it is called bursitis. This bursitis usually occurs in the area where it is often used, like in the elbow, shoulders, or hip, but it can also occur in the knees, heels, or the big toe. If it occurs in the hips, it is called hip bursitis.
Usually, this bursitis can be treated by just resting and protecting the affected area from additional trauma. It will usually go after a few days of rest, but sometimes recurrent flare-ups usually happen.
Who is prone to this hip bursitis?
Anyone can get this hip bursitis, however, some like the following are more at risk of having it.
* Age – those who are aging are the one more prone to this because their body is getting weaker.
* Occupations or hobbies – those who had work or hobby that will repetitively put pressure on their bursae like athletes, gardeners, instrument players, tile settlers, mason, and others.
* Other medical conditions – those who had certain systemic diseases and conditions are most likely to have hip bursitis. These medical conditions can be rheumatoid arthritis, gout, diabetes, and more.
What are the common symptoms of hip bursitis?
There are two major bursae in the hips – the trochanteric bursa and the ischial bursa. The location of the pain varies based on the bursa that is being inflamed. If the trochanteric bursa is the one with inflammation, the symptoms are – pain and tenderness on the outer hip and in the thigh area. The burning pain in that area gets worst when walking, climbing stairs, or exercising. Those who have ischial bursitis will also feel pain in the upper buttock area and will get worst when climbing uphill or getting up from the chair after sitting for a longer time.
What are the common causes of hip bursitis?
The following are the common causes of hip bursitis:
* Too much use of the hip.
* Traumatic injuries in the hip.
* History of hip surgery.
* Incorrect posture.
* The soft tissues in the hips are stressed out. 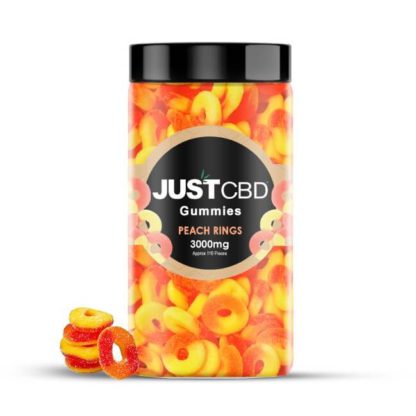 * If there is any of these conditions – rheumatoid arthritis, gout, psoriasis, or thyroid problems.
How to treat hip bursitis?
Usually, hip bursitis doesn’t need surgical treatments because it will just fade away after a few days of rest. However, it needs to have the following treatment if the person who had hip bursitis will feel disabling joint pain, a sudden inability to move, too much swelling, bruising, or redness in the affected area, and if it is accompanied with fever. Then the physician will do one or more of the following treatments based on the results of the test they conducted.
* They will let the person take NSAID or the Non- Steroidal Anti-Inflammatory drugs like ibuprofen or naproxen to ease the pain and inflammation.
* They will apply the RICE principle or the Rest, Ice packs (applying it to inflamed part), Cover the affected area, and Elevate it.
* They may also prescribe physical therapy, which may include exercising the hip to increase strength and flexibility or use some assistive devices like crutches or cane.
* They may prescribe steroid injections like corticosteroids.
* They may prescribe surgery if the pain and inflammation continue.
However, as it is written above, hip bursitis can also be treated using CBD.
What is CBD?
CBD or cannabidiol is a therapeutic ingredient that comes from a hemp plant. This hemp plant is a cousin plant of marijuana, but unlike marijuana, this doesn’t have a psychoactive element that can cause getting high when abused or used in a larger amount. Although CBD cannot cause getting high to those who use it, still in some states, it is not recognized as a legal product.
What are the benefits of CBD for Hip Bursitis?

The following are the benefits that CBD can give to those who are suffering from hip bursitis.
* It can relieve hip inflammation.
* For hip bursitis, which is caused by an inflammation in the hip bursa, doctors sometimes prescribe NSAIDs, which has a side effect if it is taken for a longer period. However, CBD has anti-inflammatory properties that can help ease the inflammation and without side-effects even if it will be consumed for a longer period.
* It can relieve pain problems.
* The pains and the stiffness of the hip is one of the symptoms that need to be treated. This can be treated by using corticosteroids or NSAID, which is again had a side effect if to be taken in a longer period. However, this CBD had an analgesic property that can treat various pains or even rheumatoid arthritis.
* It can calm the muscles. During hip bursitis, the muscle becomes stiff. The CBD can calm those stiff muscles because of its antispasmodic properties. This antispasmodic property in CBD can then relieve the muscle’s spasms and stiffness that will, later on, give relief to the patient.
* It can help induce sleep. Those who are suffering from hip bursitis usually will have difficulty sleeping due to the pain. CBD has sleep-inducing properties that will help the patient to get relax and peaceful sleep even during the time of having hip bursitis.
Therefore, CBD is really beneficial to those who have hip bursitis. It is not only beneficial, but it is effective with no side effects. How many CBD gummies should I take for sleep?